Hannah Amann was born in November 2001 in Dornbirn, Austria. At the age of 5, she received her first cello lessons from Sarolta Bobok. From 2014 to 2019 she studied with Maria Grün, initially at the J.S. Bach Music School and later in the preparatory course for specially-gifted young musicians at the University of Music and Performing Arts Vienna (MDW). Since fall 2019, Hannah has been a student of Stefan Kropfitsch at MDW. She participated in several cello masterclasses with renowned teachers, including Stephan Forck, Reinhard Latzko, Wen-Sinn Yang, Gustav Rivinius, and Jérôme Pernoo. As a soloist she gained experience with Dornbirn’s Youth Symphony Orchestra on a concert tour through Austria and at multiple New Year’s concerts. Moreover, she performed as a soloist with the Franz-Schmidt-Chamber Orchestra, the Orchestra of the University of Music and Performing Arts Vienna and the Young Masters Ensemble Vienna. Hannah Amann is a repeated prizewinner of the Prima la musica competition in the categories solo cello and chamber music. In 2019, she received the prize for distinguished performance at the summer masterclass with Gustav Rivinius in Radolfzell, Germany. As part of the concert series “Emmanuel Tjeknavorian and friends” she played Schubert’s string quintet in C major as her debut in the Mozartsaal of the Wiener Konzerthaus in September 2020. 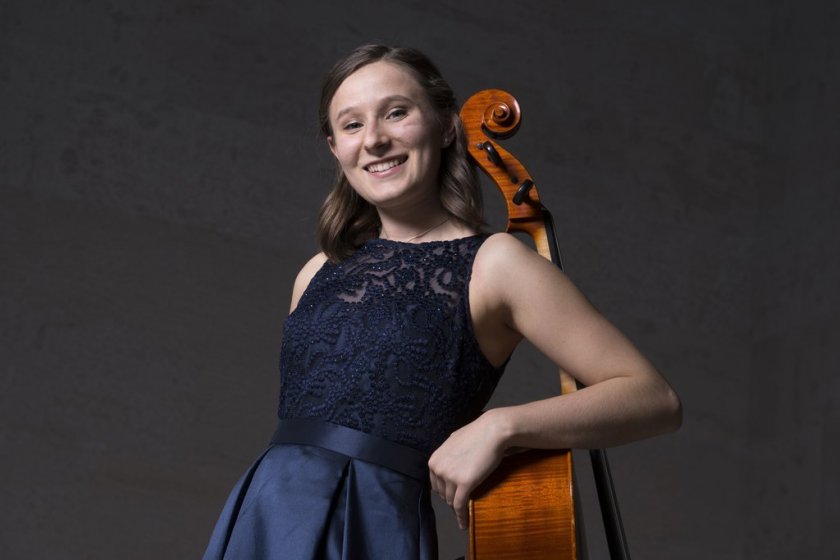 Marlene Förstel,born in 2000 in Lower Austria, first received cello lessons at the age of 6. In 2012 she was accepted into the gifted class of the J. S. Bach Music School in Vienna as well as the Young-Masters-Program for the promotion of particularly talented young musicians where she was taughtby Maria Grün and Andrea Traxler. In October 2017, she was accepted at the University of Music and Performing Arts Vienna and studied with Maria Grün. Since October 2019 she is continuing her studies at the University of Music and Performing Arts Vienna with Professor Reinhard Latzko.She completed numerous master classes with renowned teachers, including Heidi Litschauer, MiklòsPerényi, Xenia Jankovich, Claudio Bohórquez, Wen-Sinn Yang, Marko Ylönen, Reinhard Latzko and László Fenyö. Marlene Förstel is a repeat first prizewinner of the Prima la musica competition. In 2016, she won first prize in the "Violoncello solo" category at the national competition and was invited to perform as a soloist in the Great Hall of the Festspielhaus St. Pölten. Further soloistappearances followed, including concerts at the atmospheric Great Knight's Hall of Burg Raabs in Lower Austria (2017, 2018, 2019) and the Palace of Justice Vienna with the Franz Schmidt Chamber Orchestra (2018). She also gave solo performances abroad, for example in Italy, Croatia, Germanyand Slovenia. In April 2018 she won the string soloist category at the international competition Svirel in Slowenia and was chosen to perform at the „Ten of the Best“ Gala Concert. Furthermore, she was invited to perform with the Kaunas City Symphony Orchestra and present a solo recital in Lithuania inspring 2019. In October 2019 she was part of the “Emars Master” Program and was selected to give a solo performance with the Slovene Philharmonic Chamber Orchestra.). 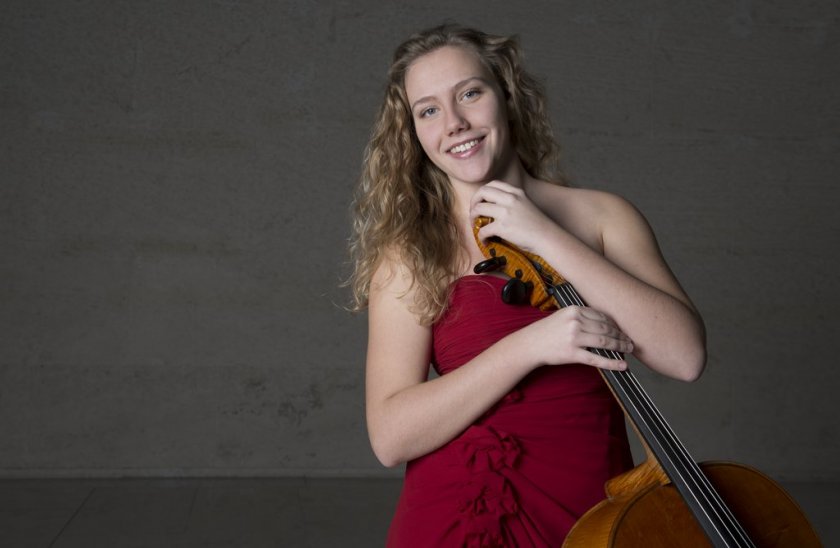 Elisabeth Herrmann was born 2001 in Vienna and received her first cello lessons at the age of 5. Since september 2015 she is a student at the MGW; the Viennese High School for Music Students. In the years 2008 – 2016 she received lessons in the cello class for outstanding students at the J. S. Bach musicschool from Maria Grün. Since october 2016 she studies at the MDW, the University of Music and Performing Arts Vienna and is taught by Prof. Stefan Kropfitsch. Elisabeth participated in several masterclasses. She is a repeat prizewinner of the national Prima la musica competition as a soloist and with several chamber ensembles. Concerts in orchestra projects that were performed at the famous concert halls of Vienna, e.g. the Carmina Burana and Die Schöpfung. Solo- and chamber Concerts in The Muth, e.g. the Mosevariationen from Paganini and the Popper Requiem for 3 solocelli and orchestra with the Young Master Project of the J. S. Bach Music School and the MDW. Elisabeth is a member of the Horizon Youth Orchestra, an incorporation of outstanding students of the MGW. 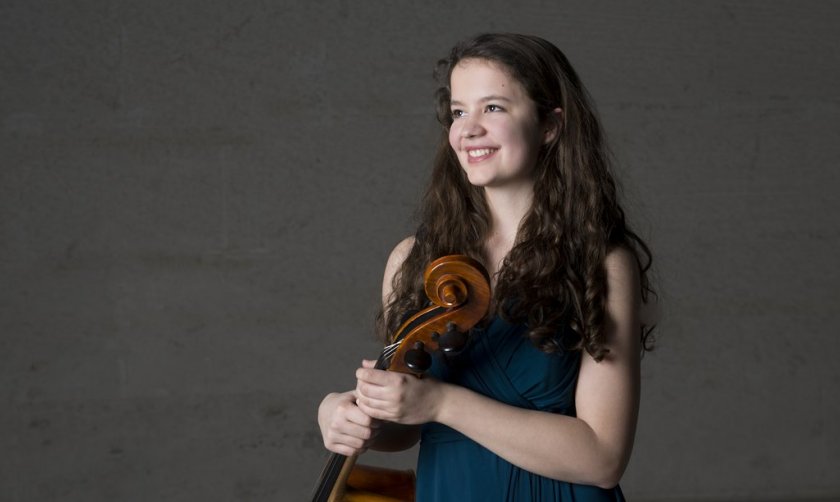 Theresa Laun was born in Vienna in 2001. She received her first cello lessons by Eva Landkammer at the age of 5. From 2015 to 2017 she was a student of Christophe Pantillon. During her six months as a Specialist Cello Student at Wells Cathedral School, she received lessons from Richard May. In September 2017, she successfully auditioned for a place at the University of Music and Performing Arts in Vienna, being taught by Maria Grün for two years. Since October 2019 she is a student of Reinhard Latzko. Theresa Laun has attended numerous masterclasses of well-known Cellists including Wen-Sinn Yang, Patrick Demenga, Leonid Gorokhov, Troels Svane and Josef Luitz.She is a repeated prizewinner of the national competition Prima la musica, both as a soloist and with several ensembles. Those achievements have been followed by a series of orchestra and chamber music projects and solo performances, for example in the Mozartsaal, the Kunsthaus Horn and the Mozarthaus in Vienna. In 2019 Theresa made her orchestra debut playing excerpts from P. I. Tschaikovsky's Rokoko Variations. 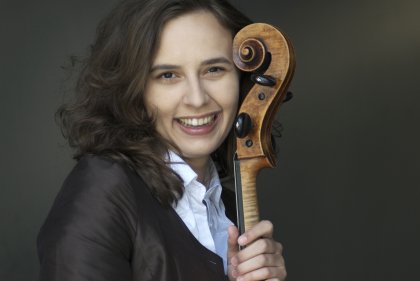 Maria Grün, member of the famous Viennese orchestra Wiener Symphoniker, cello teacher at the J. S. Bach Music School and at the University of Music and Performing Arts in Vienna.